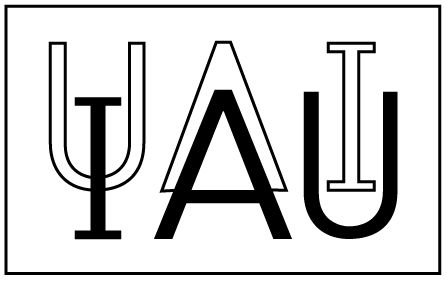 A very fundamental and yet unsolved question is when and where the first sources formed in the early Universe and began (re)ionizing the predominantly neutral all-pervasive intergalactic medium. This Epoch of Reionization (EoR), thought to occur at redshift z~6-15, is currently the subject of ongoing studies using infrared (IR) and radio telescopes. Whereas IR detections have been made of sources (Lyman-α emitters, quasars and drop-outs) in this redshift regime in relatively small fields of view, no direct detection of neutral hydrogen, via the redshifted 21-cm line, has yet been established. Such a direct detection is expected in the coming years, from ongoing surveys, and will open up not only the EoR, but also the preceding and very interesting Cosmic Dawn period (CD, z~15-30).

All current experiments (e.g. EDGES, LOFAR, MWA, PAPER, 21CMA, etc...) attempt statistical detections of the 21-cm signal during the EoR, with limited signal-to-noise. Direct imagin g, except maybe on the largest (degree) scales at lower redshifts, as well as higher redshifts will remain out of reach momentarily. Future radio telescopes (e.g. HERA and SKA) will revolutionize the field, allowing direct imaging of neutral hydrogen from scales of arcminutes to degrees over most of the relevant redshift range (z∼6-30) and, in parallel, provide enormous potential for synergy with other upcoming facilities (e.g. LSST, JWST).

In all of these experiments the cosmological 21-cm signal is, however, buried under prominent Galactic and extragalactic foregrounds that make the observations extremely challenging. The success of detection relies on our understanding of the foregrounds and development of good foreground removal techniques. This problem has common ground with the CMB studies, though the application to CD/EoR science is different in many respects. Obviously, studying the physical origin of these foregrounds, whether Galactic or extragalactic , constitutes a very interesting and exciting field in its own right and is of fundamental importance for perfecting the removal from the observations.

For example, recent observations with PAPER, LOFAR and MWA revealed a bewildering variety of Galactic structures in polarization. Some of them are very long and straight filaments that reminisce the observed HI fibers. Are they a projection effect of complicated morphology in the magnetic field or the gas distribution or both? It is not known and calls for a multi-frequency study. Data at different frequencies (e.g. dust polarization, HI, H-alpha, CO, ...) probe different physical quantities of the ISM and therefore allow us to resolve the ambiguity of the parameters and to understand a complete physical picture of the observed ISM.

Moreover, deep EoR observations will reveal the true underlying distribution of very faint extragalactic sources. Theoretical source counts predict a significant contribution of star-forming galaxies at sub-mJy flux densities, but there is also possibility of unknown distribution of radio sources that might dominate at these flux densities. Combining these deep low-frequency radio data with observations at other frequencies will therefore allow us to study in details the formation and evolution of galaxies as a function of cosmic time and their environment.

The results from the current EoR experiments are expected in the next two years. These very deep observations will not only set constraints on the EoR, but will provide high-quality data for cutting edge auxiliary foreground science. Therefore this symposium aimed at discussing both is perfectly timed for (i) getting the clearest and widest view possible on the EoR; (ii) showing the richness of data and presenting the state-of-the-art foreground science; and (iii) discussing challenges of coming and planned facilities.

Some of these cookies are essential, while others help us improve your experience by providing insights into how the site is being used.